Three LGBTQ+ changemakers you need to know about

It is the month of Pride, a celebration of acceptance, equality and the work of LGBTQ+ people. It aims to raise awareness and educate people about LGBTQ+ history and prevailing issues affecting the LGBTQ+ community.

It is an opportunity to highlight some of the key LGBTQ+ figures which have prompted major changes in laws relating to rights and freedoms for the LGBTQ+ community.

You may come across names such as Alan Turing, famous mathematician whose efforts in cracking the Enigma code was a milestone achievement in ending the Second World War. Despite his contributions and hard work, Turing was prosecuted for being gay in 1952, during a time in which homosexuality was still illegal. He was found guilty of ‘gross indecency’ and required to undergo chemical castration to avoid sentencing in prison.

You may be interested to learn that many of the historic milestones in LGBTQ+ history have in fact been pioneered by women, non-binary and trans people?

Amy Blaettler, legal assistant at Miles & Partners highlights three figures who are not mentioned enough when it comes to the UK’s LGBTQ+ history, and who deserve all the more praise for their hard work in bringing forward legal rights and liberties for the LGBTQ+ community. 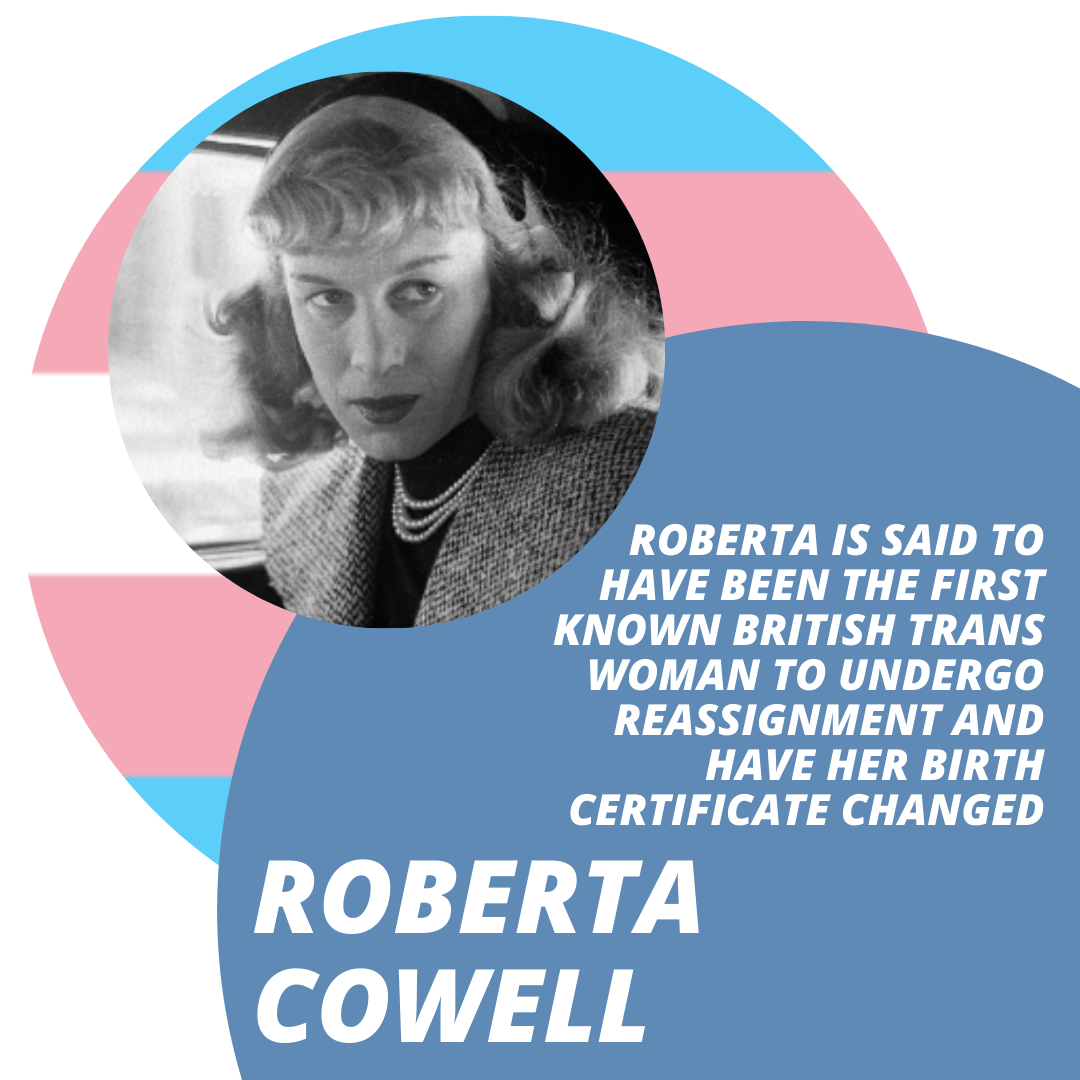 Roberta Cowell is said to be the first British trans woman known to undergo reassignment surgery from male to female and have her birth certificate changed. Previously, she had a thriving career as a racing driver and pilot, and studied engineering.

Roberta was a member of the Royal Air Force in 1942, at the height of the Second World War. Tragically, Roberta’s plane crashed, and she was captured by German soldiers and held captive for several months.

In 1952, Roberta underwent surgery as part of her wish to change her gender, a procedure which was illegal at the time. Surgery was one of the only ways Roberta was allowed to proclaim herself as ‘intersex’, a crucial step in altering her gender on her birth certificate.

Although Roberta is reported to have been happy and satisfied with the surgery, her transition was subject to heavy criticism and harassment.

Today, more than 50 years after Roberta’s transition, The Gender Recognition Act 2004 is a key piece of legislation which enables individuals in the UK to have their preferred gender recognised and recorded on a new birth certificate, without any requirement for individuals to undergo surgery or hormone treatment.

The Act was a huge milestone against the backdrop of Roberta’s story, who at the time was required to have illegal surgery in order to change her gender and have her birth certificate amended. The Act is also significant as many trans people do not wish to undergo surgery, and in removing the stigma that a person’s biological sex must align with a person’s gender or physical presentation.

While the Act is, in some regard, worthy of praise, it is important to note the disparity between the rights the Act provides for individuals on a theoretical level, and the prevailing inequalities and disadvantages at a practical level, for individuals who wish to change their gender.

The process to change a person’s gender is a heavily bureaucratic one. A person will need to live for at least two years in their new gender, with male and female being the only genders recognised at present. This still places a variety of people, such as non-binary individuals, at a huge disadvantage. It is a lengthy process, which can be discouraging, expensive, and disheartening for individuals who are already marginalised. 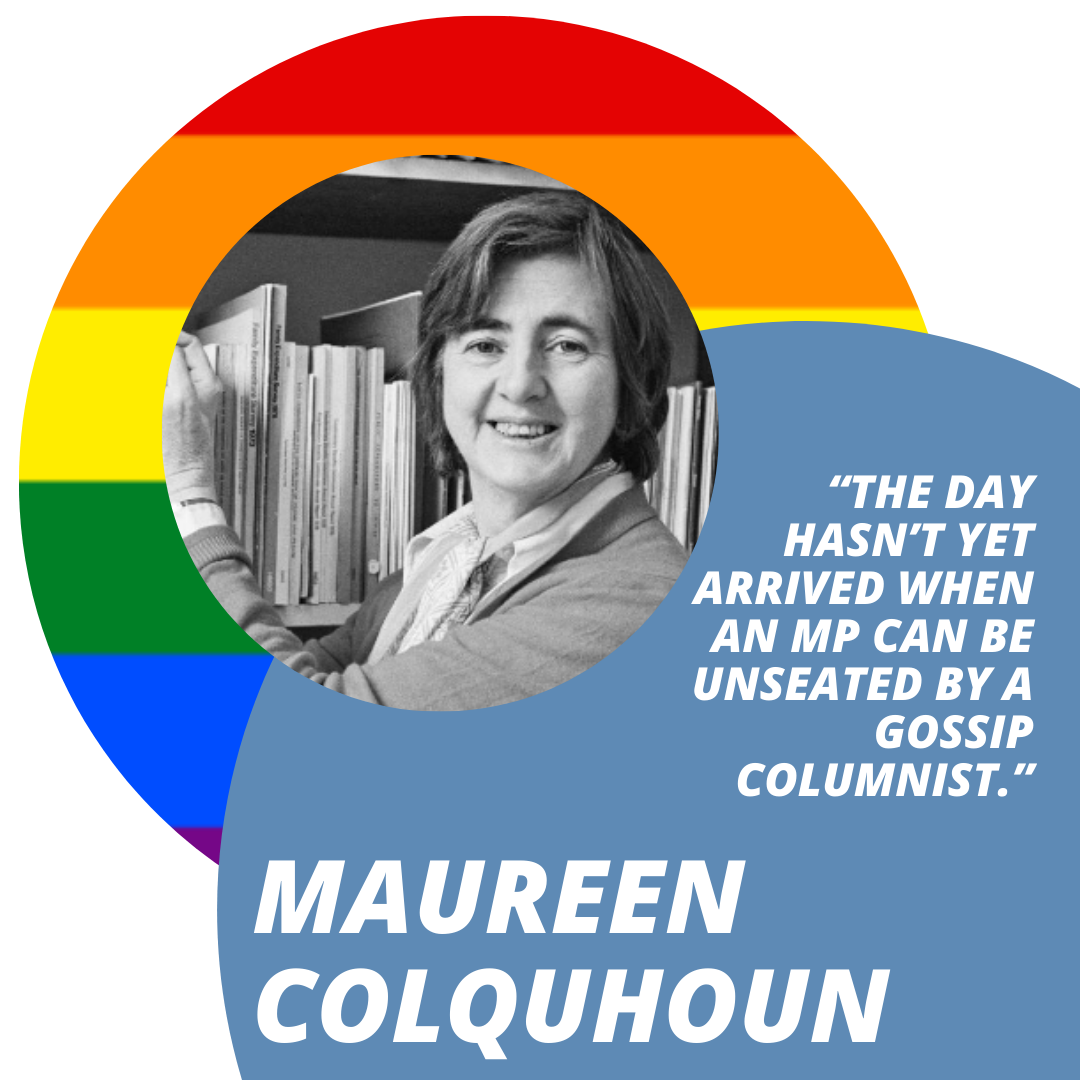 The first Member of Parliament (MP) to be openly gay was a woman. Although Maureen was married to a man when initially elected, she ended up moving to London with her female partner in 1976. While she did not discuss her relationship with her partner publicly, their relationship was discovered and published by the media against her will.

As a result, and on par with the times in which Maureen served in Parliament (1974), she was subsequently ousted from the Labour Party. By comparison, the first male MP to speak about his sexuality came out in 1984, a whole ten years later than Maureen.

Although the UK ratified the European Convention on Human Rights (ECHR) in 1966 (later incorporated into UK Law via the Human Rights Act 1998), the ECHR does not expressly protect individuals on the basis of their sexual identity, only implicitly, through Article 8 (right to private and family life), and through subsequent case law established through the courts.

It took the UK another 16 years to pass the Equality Act, which legally protects people from discrimination in the workplace and in wider society on the basis of their sexual orientation.

Moreover, in 2017, Stonewall UK published a report in conjunction with YouGov, highlighting that 21% of LGBTQ+ individuals have experienced a hate crime as a result of their sexual orientation or gender identity. More than a third of LGBTQ+ individuals are uncomfortable holding their partners hand in public, demonstrating how difficult it can still be for individuals to be openly LGBTQ+. 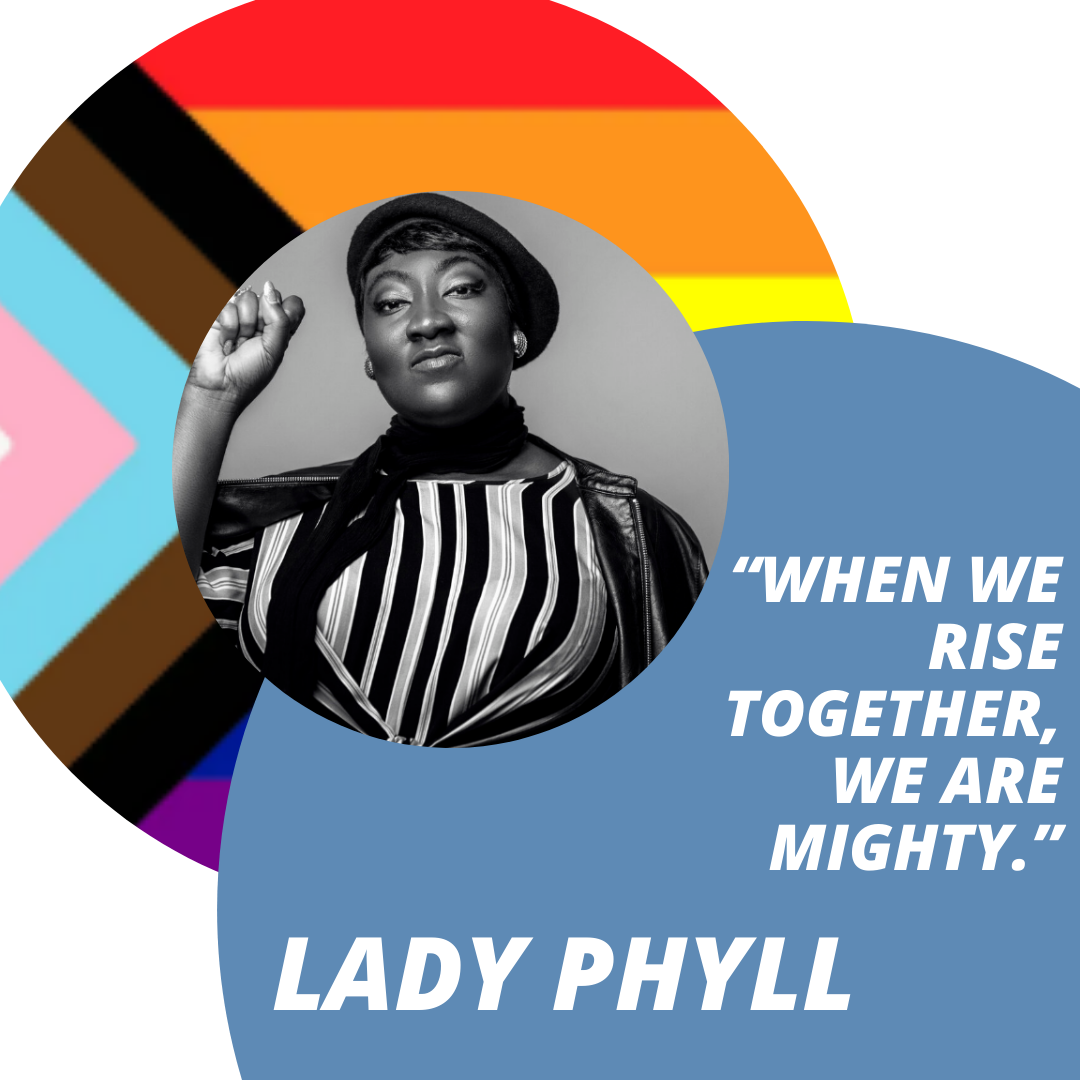 Phyllis Opoku-Gyimah, also known as ‘Lady Phyll’ is a key figure, especially when it comes to the intersectionality of LGBTQ+ activism and Black Lives Matter activism.

She is the co-founder of UK Black Pride, a movement dedicated to LGBTQ+ people of African, Asian, Caribbean, Latin American and Middle Eastern descent. It aims to create unity and raise awareness of issues unique to Black LGBTQ+ individuals, such as police violence and draconian legislation.

Pride month is particularly important for QTIPOC individuals (Queer, Trans and Intersex People of Colour) and it is key to remember QTIPOC are disproportionately impacted by homophobia, hate speech and other forms of discrimination, with a third having experienced a hate crime in the last year based on their gender or sexuality, compared to 20 percent of white LGBTQ+ people.

An incredibly inspirational figure, Lady Phyll draws inspiration from important historic figures in the QTIPOC community, quoting in particular Marsha P. Johnson, a Black Trans woman who cofounded the Gay Liberation Front and acted as a key instigator in the Stonewall riots of 1969.