Read more
HousingViolence in the family

Destitute families placed in shared houses and flats by social services should see their living conditions improved following a judicial review in the High Court. The case described below will mainly affect families who, because of their immigration status, cannot ...

Caring for the carers

There is much in the media about the London housing crisis and the need for essential frontline nursing staff. So, one might expect landlords and local authorities to keep this in mind when housing a member of the caring professions. ...

Family saved from eviction over 8 years after possession order

When the housing team at Miles & Partners received an order giving a landlord permission to issue a warrant for the eviction of one of our clients, our swift response enabled the family to remain in their home and recover ...

R (AM) v London Borough of Havering and the London Borough of Tower Hamlets [2015] EWHC 1004 (Admin) Representing our client (AM), Lou Crisfield has been hailed a ‘real hero’ in a case which is likely to have widespread application ...

Lou is a partner and an experienced caseworker, specialising in social welfare housing law, public law and community care law. She represents clients in courts at all levels including the High Court and the Court of Appeal.

Lou represents adults and families who are homeless, facing eviction or in a dispute with their landlord. She also represents vulnerable adults and children in respect of their rights to services under community care law.

The types of cases that Lou has been involved in include:

Lou has been a trainer for the homeless charity Shelter since 2004. She has also written and delivered training for HLPA (Housing Law Practitioners Association). Her training has included courses on:

In 2016, Lou was awarded Social Welfare Legal Aid Lawyer of the Year by the Legal Aid Practitioners Group.

Lou was ranked in Band 3 and received the following commendations in the Chambers UK 2021 Guide:

‘She is really good with vulnerable people; easy to understand, passionate and a committed advocate for her clients.’

I am committed to legal aid and to free access to justice.  I see legal remedies as one of a range of practical tools that can be used to obtain good outcomes for clients in housing / social welfare need. The law is rarely the only answer, and I try to work in collaboration with the client and other agencies who are taking other vital steps to address the problem (for example with help claiming benefits, accessing services, advocating with social services).

“I’m so thankful to Lou Crisfield for the great assistance she provided all through this long, stressful journey. She wasn’t only professional, she really empathised with the overall difficult time I went through. She remained determined to help me, despite sometimes not being able to contact me directly on the phone. She assiduously engaged with my landlord an myself by calls, emails and letters sent to my home address.

Lou is a great person with a lot of psychology. I only had a chance to speak to Hira Rauf on the phone, followed by emails to consistently update and advise me in regards to my case, Finally, Osman the barrister was so nice and helpful the day of the hearing.

I am so thankful to this great team with such talented professionals and people with good hearts who helped me keep my house this winter. Thank you one more time for bringing a smile to my face and giving me new hope through your excellent job as I was on the verge of being homeless!”

“I just wanted to say a big thank you for all your help with my case. Soon after moving into supported accommodation I successfully bid on a housing association property and moved in before Christmas.

It couldn’t have happened without your work and support, so thank you from the bottom of my heart.”

“God bless you for the good job you are doing for us.”

“Thank you so much for the effort you made to fight for me during my housing issues. I really appreciate it as you put a smile on my face.”

“Lou has been great for the last two years – Lou listened to my concerns, she is such a great adviser to be persistent with the council. Thank you so much.”

Anonymous client advised by Lou Crisfield in the housing team 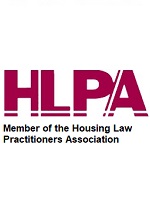