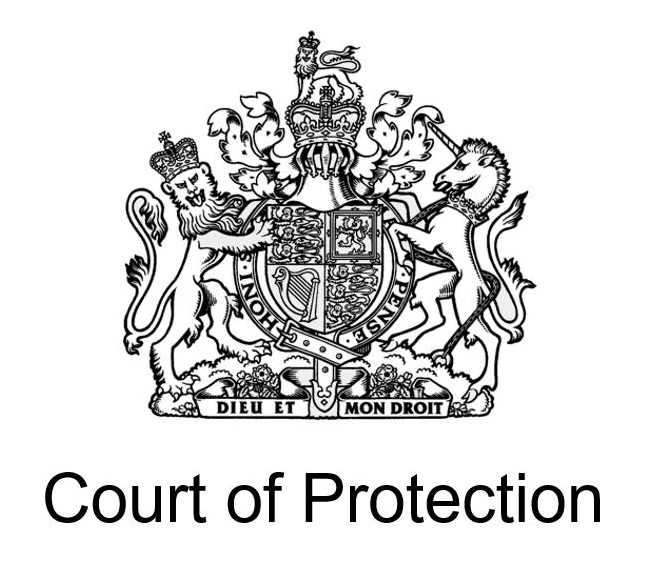 A young man who has been refusing food and drink, in protest at the Home Office’s change to his date of birth, has been given the autonomy to make his own decisions over life-sustaining treatment in nutrition and hydration in a decision by the Court of Protection on 16 July 2020.

Rachel Turner, Partner and Joint Head of the Mental Health & Capacity Department at Miles & Partners, represented the young man at the heart of this case – WA and she summarises the judgment below.

Background to the case

WA was born and grew up in Palestine but left after his parents were killed and he was tortured by Hamas in an attempt to recruit him as a suicide bomber. He claimed asylum when he arrived in the UK in 2009 from Italy, where he had also suffered abuse and trauma.  He did not have a copy of his birth certificate, but documents from his grandmother in Palestine recorded his birth in 1994.  He believed himself to be fourteen and, after being placed with a loving and supportive foster family, later in 2019 WA was granted indefinite leave to remain.

An initial age assessment was undertaken by the local County Council, which confirmed his age as 14. Subsequent age re-assessments concluded that he was over five years older, and he was issued with a completely different date of birth that made him five years and 8 months older and this date was published on his biometric records.

WA ‘perceived this as a fundamental violation of his own rights and an assault on his identity’ – an identity which now hardly had any links to Palestine and therefore the loss triggered great distress.  Giving out your date of birth is a frequent requirement whenever you have to prove your identity, apply for a driving licence, bank account, online account, or a job.  WA experienced these difficulties regularly and it precluded him from volunteering at The Nightingale Hospital at the start of the Covid-19 pandemic as he couldn’t be identified by his original date of birth.  It also made WA and his grandmother out to be unreliable, which WA, as an honest person, found very distressing.

WA challenged the Home Office several times without success, and in March 2020 he received advice that his prospects of success were small. Believing that he had exhausted his options, and seeing the situation as hopeless, WA started refusing food and drink.  After being cared for at home initially, he became seriously unwell, and was taken into hospital in late April.

The ‘care’ for someone on hunger strike can be severe and distressing, comprising the painful insertion of a nasogastric tube to deliver nutrition and hydration.  WA refused this and his physical and mental health went downhill rapidly.

From April WA was assessed 17 times and on 14 occasions was found to have the capacity to make these decisions on his own behalf.

The case before the Court of Protection

The case was brought to the Court of Protection by Avon and Wiltshire Mental Health Partnership and North Bristol NHS Trust, and the objectives at the final hearing were to identify whether WA has the capacity to take decisions relating to his medical treatment and, if he does not, what treatment plan is in his best interests.

At the time of the court case, WA was accepting a minimum amount of nutrition to keep him stable and alive in order to hear the results of the judicial review.  Any further reduction of intake increases the risk of death as a result of potential organ failure.  However WA made it clear to his family and healthcare providers that he was determined to continue his hunger strike to the point of death, if the Home Office refused to accept and reinstate his date of birth.

There was no dispute that WA understood the information about his options, and the consequences for himself and his family.

There was no significant dispute over WA’s capacity to instruct solicitors in the proceedings, and the judge agreed that this was evident, commenting:

‘He has listened to every word of evidence with keen attention and self-evidently been able to provide full instructions to his legal team, in whom he plainly and rightly has great confidence. There are wider lessons to be learnt from this for the future.’

Did WA lack capacity to make decisions about his nutrition and hydration?

In outlining the legal framework, the judge stated that ‘there is no obligation on a patient with decision-making capacity to accept life-saving treatment, and doctors are neither entitled nor obliged to give it,’ and amplified with that the right to self-determination was expressed succinctly in St George’s Healthcare NHS Trust v S [1999] (Fam) 26: ‘‘Even when his or her own life depends on receiving medical treatment, an adult of sound mind is entitled to refuse it’.

As set out by Baker J in An NHS Trust v A [2013] EWHC 2442 (COP) at [30]: ‘There is no doubt that this principle applies in the context of choosing whether to refuse food and drink …’ who also observed at para 47: ‘it is not uncommon for people to go on hunger strike in the hope that the Government will be forced to change its policy. Hunger strikes are a legitimate form of political protest. Not all hunger strikers are suffering from a mental disorder ……

The Mental Capacity Act emphasises ‘the right of the individual, in exercising his or her personal autonomy, to make bad decisions even extending to those with potentially catastrophic consequences’.

In evaluating whether WA has an ‘impairment of the mind or brain’ the court heard from two expert witnesses who argued that the over-value which WA placed on his correct date of birth is ‘abnormal and over-rigid’.  This, they said, represents an impairment of the mind.

One of those experts concluded that WA’s traumatic past and childhood had ‘severely affected his personality, the way he perceives the world, his self-esteem and his sense of self-worth. He was of the view that WA has become fixated with the assigned date of birth to a degree which overwhelms him and to a point where it dominates his thinking and becomes a conductor for past trauma. Ultimately, he concluded this occludes WA’s ability to weigh the relevant information in the context of a global decision as opposed to individual facets of it and this constitutes an impairment of the mind and prevents WA from taking the decision.’

In contrast, another expert, experienced in PTSD, found WA to be incredibly resilient with a strong sense of right and wrong, and she described the hunger strike as a logical outcome given that he had tried everything else with the Home Office.  She considered WA’s refusal to eat or drink as not designed to achieve leverage with the Home Office but being a behaviour which gives him “some sense of control in a situation” where he perceives “control to have been taken away from him.”

All parties agreed that the balance was on a knife edge but, describing the evidence from all the experts as ‘of the highest quality’, Hayden J concluded that the arguments that WA lacks capacity to make decisions about his treatment were ‘more persuasive’.

What approach to nutrition and hydration is in WA’s best interests?

As WA was found to lack capacity to make decisions about his treatment, the court then had to consider what treatment was in his best interests.  A treatment plan had been drawn up and this was revised during the hearing to provide four options.

The first two options for nutrition and hydration would require ‘the full cooperation and consent of WA’ and were deemed acceptable options by the parties.  Option 4 related to palliative care in the event of organ failure and was not discussed.

It was therefore necessary to assess whether it could be in WA’s best interests to allow Option 3: ‘Nasal gastric (NG) feeding with sedation for management of distress (without WA’s consent): If WA is unable to complete his oral diet and he does not consent to accepting NG feeding voluntarily but indicates he will not physically resist and the treatment does not result in distress that cannot be adequately be managed by light sedation, insertion and maintenance of NG feeding will be considered.’

Accepting expert evidence on the point, Hayden J concluded that WA had developed a pattern of passive submission in circumstances where, intellectually and emotionally, he may be profoundly resistant. This coping strategy was the only way he could survive his abuse. Therefore, there was a very real danger that any failure to resist on his part might be interpreted as tacit acquiescence. If WA’s failure to actively resist was not consent, there is a risk of reigniting the trauma of past abuse.

Hayden J concluded that the subtle variations in language used in the plan such as “gentle persuasion”; “tacitly compliant”; “passive acceptance”; “tacit cooperation” and “acquiescence” illustrated the complexity of the challenge for clinicians and nurses who would have to make these fine judgements, but which were simply euphemisms for force feeding. “A plan which stated specifically that WA will be force fed unless he actively resists would, I suspect, cause most people to recoil from it. It does not become any less disagreeable when dressed in softer language.”

It was evident to all involved that WA has a great deal to offer and the judgment ended on this note:

‘No effort should be spared in encouraging him to choose life. This said, I have come to the clear view that when WA says no to CANH his refusal should be respected. No must mean no!.’

‘… I am not in a position to reinforce WA’s sense of identity in any way, only engagement in the identified psychological therapy will achieve that. I, am, however, able to protect WA’s autonomy. In effect, to restore it to him. For all involved in this case the decisions have been difficult and painful. From this point on the decisions will ultimately be taken by WA with the advice and encouragement of his family and the clinicians, but no more than that.’ 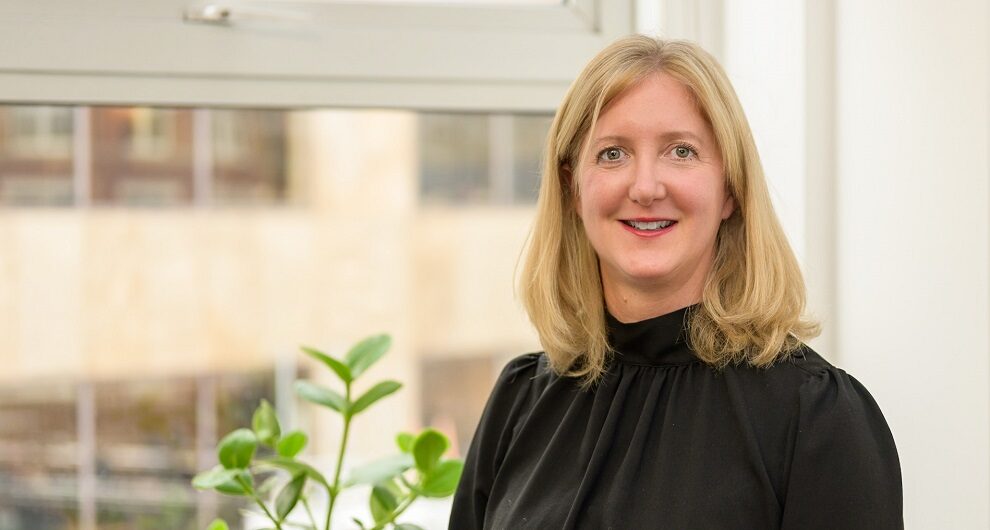